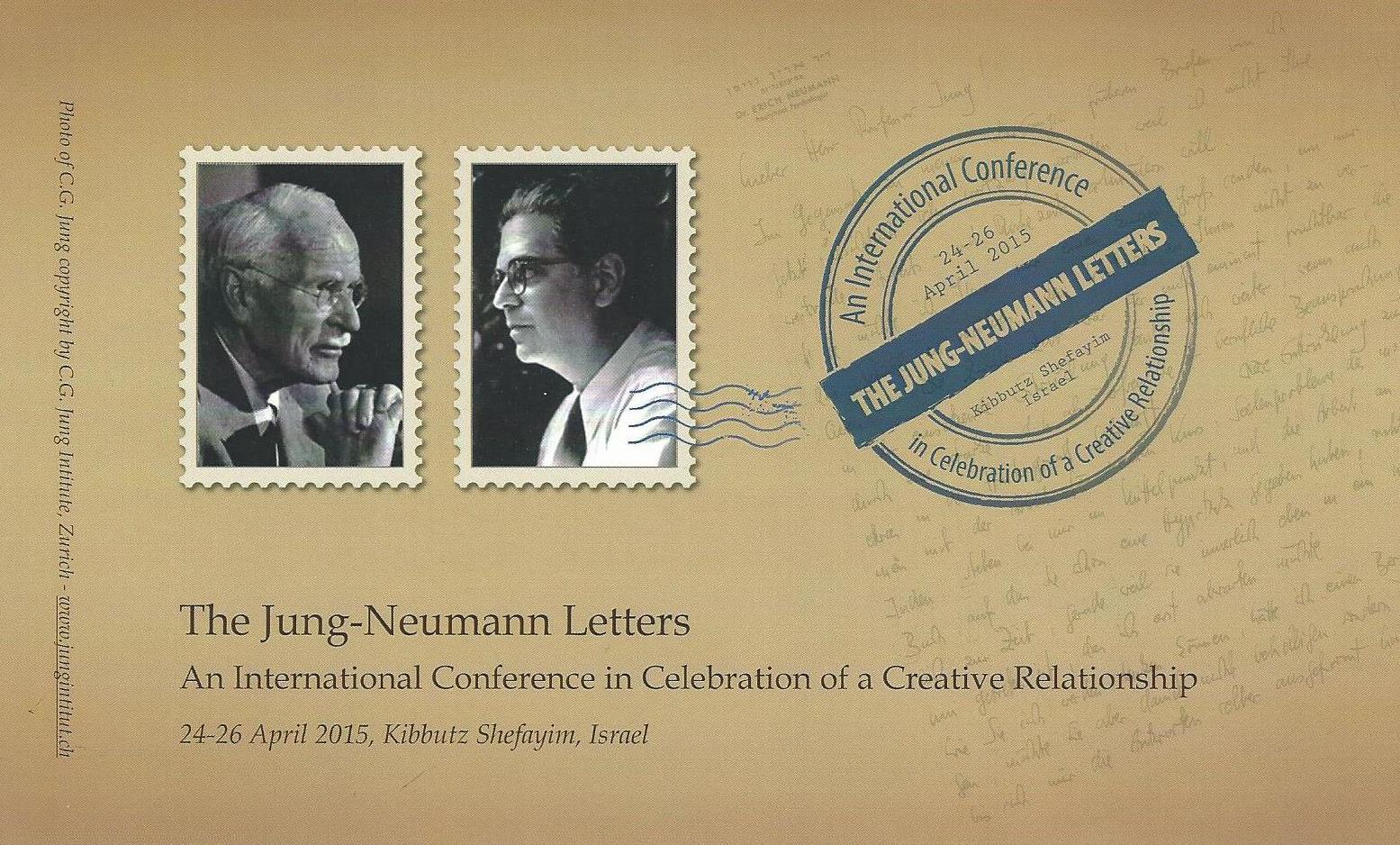 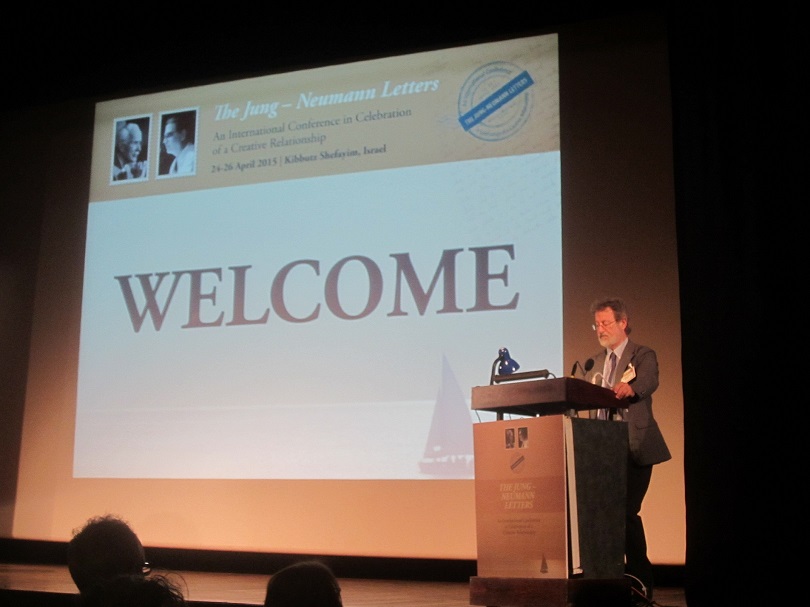 It is with the greatest pleasure that I welcome you all, who have gathered here at the eastern shores of the Mediterranean. Jung anchored here 82 years ago, in the spring of 1933, and Neumann lived here, close to the sea, from the time he stepped ashore, in the spring of 1934.

One of the more intriguing passages in Israel's Declaration of Independence says, as is commonly known, that the pioneers came here from all over the world to make deserts bloom. But if you read carefully, in Hebrew it is not written that they made deserts bloom, but that they came to make souls blossom. This remarkable interchange between soul, spirit, land and desert has its source in the book of Ezekiel.

I believe we have, indeed, arrived from around the world, gathering here to let the souls blossom, to kindle a light in our hearts and in the soul, especially, perhaps, at a time when unruly winds sweep across a sky that lends itself to all too concrete shadows of projection, and to the evils of the psyche.

And we have gathered to gain further insights into the pioneering work carried out respectively by Jung and Neumann, into the fields and the forests, the mountains and the depths of the mind.

The seed of this conference was planted by Mr. Ulrich Hoerni, who at the signing of the agreement to prepare the correspondence, suggested it be officially launched in Israel. I wish to thank the Philemon Foundation who under the presidency of Steve Martin and later Nancy Furlotti pursued and enabled the preparation of the correspondence, and, under Judith Harris, its publication, and Martin Liebscher who has brought this exchange into the light of day.

The letters were written at a time when writing went beyond the short message service, the SMS, or the senseless twitter of 140 characters; they were written when character was singular and individual, and made its soulful imprint on a meaningful dialogue of creative minds.

I want to greet and thank our sponsors, the Swiss Embassy and His Excellency, Ambassador Dr. Andreas Baum; the Philemon Foundation; Princeton and Fred Appel who has made this possible; the IAAP and its Presidents: Tom Kelly in the present, past presidents Thomas Kirsch, Christian Gaillard and Murray Stein, and President elect Marianne Mueller; the IIJP and Avi Baumann, FAJP; Recollections and Nancy Furlotti; Digital Fusion with Hugh Milstein, and the Jung Stiftung and the Neumann Heirs.

A very big THANK YOU goes to the people who have worked for more than a year to arrange this - the program and organizing committee: Batya, Yehuda, Tamar, Henry and Avi; and to the conference organizers, with Liron, Naama, Adi and Anat.

And a very, very special THANK YOU to Murray Stein, for the enormous work and your decisive contribution to this conference – you have firmly stretched out your hand, and kept the flame burning.

And we have received tremendous support from the international advisory board, thank you!

We also want to greet the Grand Old Lady of Jungian Analysis in Israel, Dvorah Kuchinsky, an inspiration to all of us, who has carried the torch of life through the darkest chambers of evil, who continues to teach generation after generation the works of her friend and mentor, Erich Neumann.

And we mourn and are saddened by the loss of Eli Weisstub, past President of the Israel Association of Analytical Psychology, and past vice-President of the IAAP, who passed away only a few weeks ago after a long illness.

Israel, the land and the people, easily swings between hope and despair, between the soul that sinks deep into the swamps, and the spirit that rises high. Those of you who have been here for a few days have noticed how the sounding of the air raid sirens and the flames of Remembrance Day turn into the fireworks of Independence Day.

The close proximity between the individual and archetypal forces is ever-present. Few describe it better than Yehuda Amichai, the poet of Jerusalem, who writes:

I and Jerusalem are like a blind man and a cripple.
She sees for me
out to the Dead Sea, to the End of Days,
And I hoist her up on my shoulders
And walk blind in my darkness underneath.

And this particular proximity, and as a bond between people, peoples, cultures and nations, Yehuda Amichai was delivered into this world by the grandfather of Joerg Rasche.

I want to thank you all for coming, to make this a true celebration, a creative and fruitful gathering. We have truly gathered from the continents of the world, from North and South America, Europe East and West, from Africa, Australia, Asia and China.

I pray that with all the energy gathered here, the human spirit will rise up high, while firmly anchored in the landscape of the soul - Welcome!

I would now like to invite His Excellency Dr. Andreas Baum, Ambassador of Switzerland to Israel, to open the Conference –your presence, and hosting this event, is an honor to us. 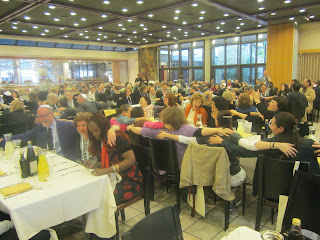 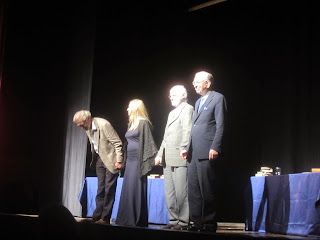 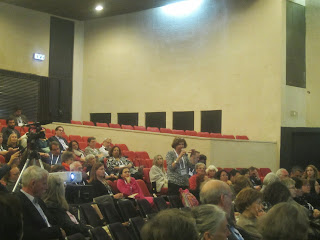 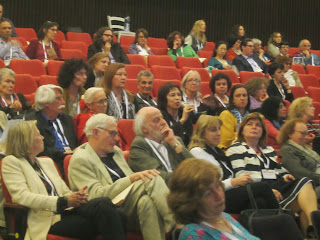 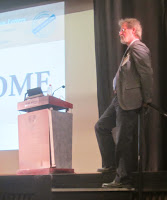 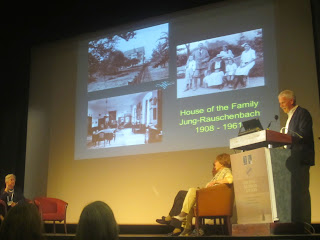 What a gathering! What a weekend!

At least I do not know the whereabouts of the original Jung-Neumann letters, in what cave, or in what library they are hiding. However, fifty years after the passing of Jung and Neumann the contents of the correspondence between them could emerge from the shadows and begin their journey into the public sphere. I believe we have held the infant, and guided the newborn into its life.

I believe we have here, together, helped this book in its first weeks of infancy; with careful hands we have held its essence, so that the body of the book shall live.

We live in an unruly world: oceans are poisoned. Mother Earth shakes, and our thoughts go to the victims in Nepal.

We live in a world of cataclysmic clashes, flooded by information to the extent that we get desensitized, and with the loss of our senses, we often fail being compassionate. Thus, evil becomes such an everyday commodity that we fail to see how unintegrated evil must be in order for us to realize its otherness and archetypal reality.

We live in an era in which we are flooded by information, easily confusing information with knowledge, knowledge with understanding and understanding with wisdom. We have gathered here in this kibbutz – which means ‘gathering,’ and spent fifty hours together on this island of apparent tranquility, drawing from the wells of wisdom that you have all brought here, mediated by the wealth of thoughts and reflections that our wonderful, incredible speakers – and actors, singers, and composers of challenging works – have so graciously shared with us.

Jung and Neumann, the young and the new, the old and the wise, may serve as profound inspiration not merely because of their extra-ordinary depth and creativity and their admirable traits, but perhaps no less because of their all too human weaknesses, as these come across in their conversations and controversies –in what is written, and perhaps no less in what unregistered by the written word.

Some of you will rush back home into everyday routine, some will fly off to the corners of the world that constitute your reality, and many will continue to explore this land where human ground and archetypal spirit sometimes unite – to form new religions, to reveal profound discoveries, and unique acts of human integrity. At other times, in the shadow under the often cruel, blazing and not always enlightening sun, human weaknesses may seem all too apparent, so dark that gods become demons, and ploughshares turn into swords of rivalry and animosity.

In olden times, the jubilee was celebrated every fiftieth year, with the emancipation of slaves and restoration of the land, with the possibility of turning the face inward, to the night and to the internal depths, to the wisdom from below, the domains of the Great Mother, that Neumann speaks about. The word jubilee comes from yovel, originally meaning bellwether – i.e., taking the lead, the initiative, intuiting future trends.

Neurosis is intimately bound up with the problems of our time, says Jung – and from what I have gathered during these days, I will hold on to the great gift of sitting with you all around this bonfire of mind and meeting, of the wisdom of the heart, which holds the promise that from this jubilee and jubilation we shall bring our individual contributions into an unruly world.

I want to thank all of you, all of you, who have come together here, and the members of the advisory board; the Kenes organizers – Na’ama and Liron, Moran and Keren, Adi and Anat; and the staff and the hospitality of kibbutz Shefayim; and the speakers who have inspired us profoundly; Tamar and Murray with whom we created this program; Batya, Yehuda, Tamar, Henry, Avi and Batya Stern, who have worked for more than a year to bring the idea into the fruition of reality.

We would like to end our gathering by reading a poem of Goethe’s, in German and English, and one of Yehuda Amichai, in English and Hebrew, and with that I wish you all well upon your fare.

People spoke in excited voices
Like in an airport
I left them
I opened an iron door that had written on it
“Emergency״ and I entered within.
Great serenity: Questions and answers

The lectures, with additional significant essays, are published in 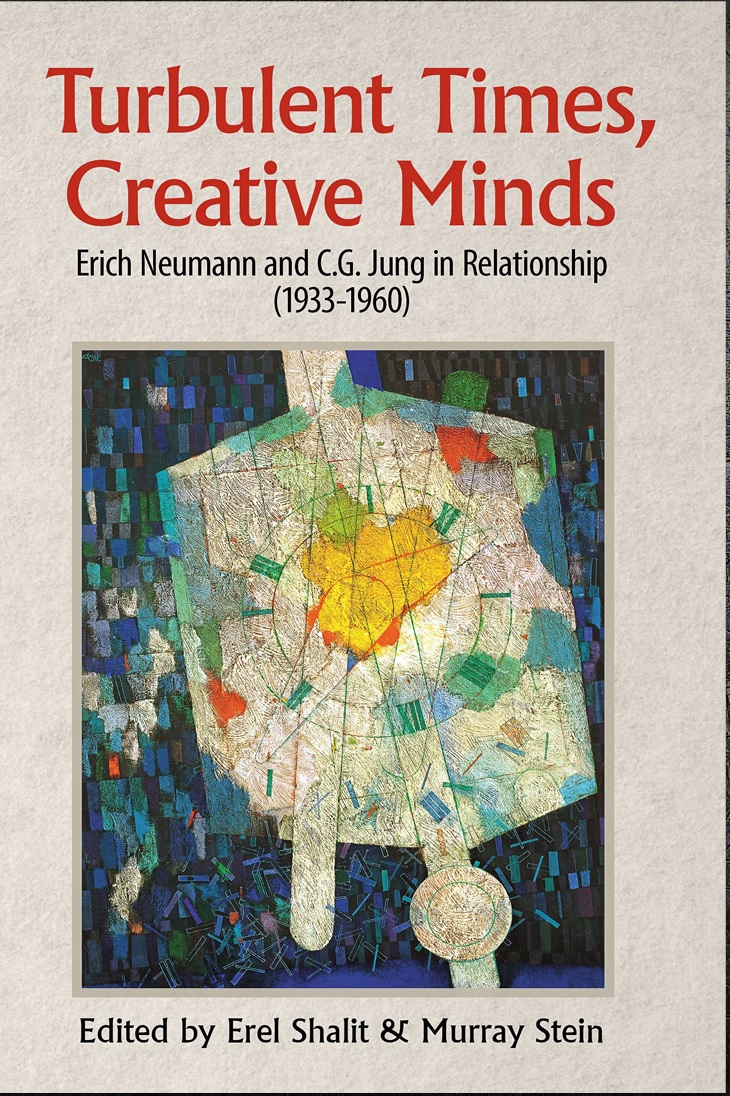