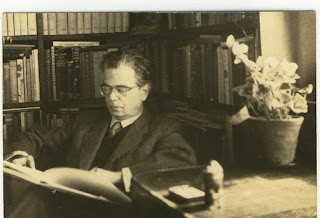 With the publication in 2015 of the important correspondence between C.G. Jung and Erich Neumann (edited by Martin Liebscher), there has been something of a Neumann renaissance. A major international conference was held in 2015 at Kibbutz Shefayim, with participants from more than 25 countries, and in 2016 a conference was held at the Pacifica Institute in California. Neumann’s slim but brilliant book, Jacob and Esau: On the collective symbolism of the brother motif, was recently published by Chiron in collaboration with Recollections. The Shefayim lectures, with additional contributions, has also been published by Chiron/Recollections in a volume edited by Erel Shalit and Murray Stein, Turbulent Times, Creative Minds: The relationship between Erich Neumann and C.G. Jung. 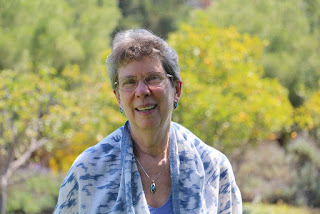 Late 2018 or early 2019, Routledge will publish Neumann’s major treatise on The Roots of Jewish Consciousness in an impressive two-volume set (Volume 1 on the psychological significance of revelation, Volume 2 on Hasidism), edited by Ann Lammers, and translated by Mark Kyburz with Ann Lammers. This work, written between 1934 and 1945 but never published, is a treasure trove, a wealth of pearls. Although Neumann mined its themes in several of his Eranos lectures, the work as a whole holds a unique place in his opus.

Ann Lammers, Editor of The Roots of Jewish Consciousness, writes:

A scholarly edition of a major, two-part work by Erich Neumann (1905-1960), written in Tel Aviv between 1934 and 1945. Neumann, a philosopher and physician by education and a first-generation German-Jewish disciple of C. G. Jung, fled Berlin in 1933 with his young family, to settle in Palestine/Israel. Immediately on his arrival, he began preparations for this book. He finished Part One early in 1940, and Part Two at the end of World War Two. For various reasons Neumann decided not to publish the work; but he kept it, in multiple copies, the rest of his life, and shared it with some of his colleagues.

For Neumann personally, the Nazi takeover meant first the cancelling of his medical license, then the impact of emigration, and then, four years later, the tragedy of his father’s death at the hands of the Gestapo in March 1937. In the wake of this loss, and the pogrom of Kristallnacht, in late 1938 he began to work seriously on The Roots of Jewish Consciousness. Given its historical context, the book is witness to the resilience of spirit during a hideous period. Against the shadow of Hitler’s regime, a discussion of the psychological and religious roots of Jewish self-awareness was implicitly an act of existential defiance. Nevertheless, this work is no polemic, but the product of close study and integrative thought by a disciplined and often masterful young writer.

Even before Neumann begins to discuss Jung’s discovery of the collective unconscious, Jung’s influence on his thought is discernible. He begins with psychological anthropology, reviewing the history of ideas since the Enlightenment and showing how scientific advances have led to a great shift in human consciousness. Based on mythology, ritual, and evolutionary science, he argues that the concept of humanity has become universal, embracing every period of history and every cultural, religious and national group. Once having established the universality of the category “human,” Neumann proceeds to differentiate. He does so by drawing on Jung’s neo-Kantian epistemology: “The past 150 years have taught … that any standpoint is relative, and that knowledge is contingent upon the personal equation of each group.” 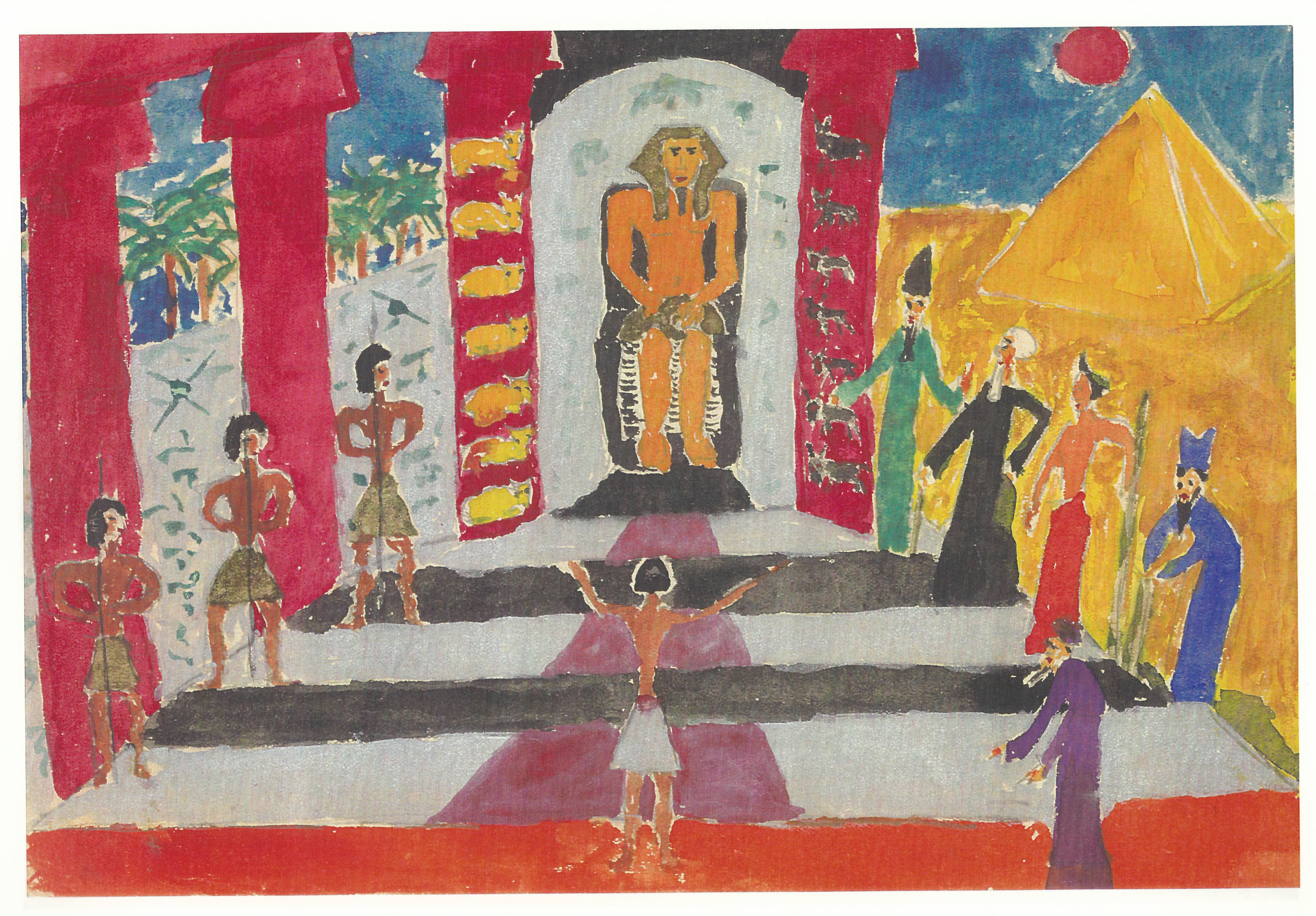 He then introduces the primary topic of Part One: the inner and outer problems facing modern Judaism:

For Neumann, Jewish survival must be psychological and spiritual as much as physical. It entails a relearning of something the ancient Jews already knew, but that was largely lost during the Babylonian Exile and the time of the Second Temple. “The problem of inner experience is a central problem of the modern Jew and of Jews in general,” he states. Inner experience means the capacity to encounter the sacred directly, to receive revelation as an individual, even to prophesy.

The first part of the book is devoted to an in-depth examination of scriptural and intertestamental (apocalyptic) literature, providing evidence for this thesis. In addition to his constant reliance on Jung’s works, his dependence on Martin Buber becomes evident here. He quotes from the (then newly-published) scripture translations by Buber and Rosenzweig, and cites Die Schrift und ihre Verdeutschung (Scripture and Translation) and Das Königtum Gottes (The Kingship of God). Other cited authors include Auerbach, Baudissin, Bin Gorion, Kautzsch, and Weber.

Part Two is devoted to the psychological and spiritual wisdom embodied in Hasidic teachings. In addition to citing the works of Scholem and Horodezky that were available to him at the time of writing, Neumann quotes often from Buber’s Die Chassidischen Bücher (Tales of the Hasidim). In this part of the book, once again using the tools derived from Jung’s psychology, Neumann presents the Hasidic vision as a healing compensation for the legalism and anti-feminine bias that he sees as dominating many forms of collective Jewish faith since the Babylonian Exile. He argues that modern Jews may gain psychological wholeness through inner work, using the spiritual-psychological resources found in the tales of Hasidic teachers, as well as in Talmudic texts, Kabbalah, and the Zohar.

Erich Neumann’s previously published works include classics that have never been out of print: The Origins and History of Consciousness (1949), Depth Psychology and a New Ethic (1949), The Great Mother (1953), Amor and Psyche: The Psychic Development of the Feminine (1956), Art and the Creative Unconscious (1959), as well as the essays brought together in Fear of the Feminine (1994). These works reflect his abiding interest in Jung’s psychology, the unconscious, the feminine, and religious and artistic symbolism.

Until recently, Neumann’s early writings on Jewish identity, biblical tradition, and religious consciousness were not publicly available or widely known. That situation began to change with the publication of his monograph from the 1930s: Jacob and Esau: On the Collective Symbolism of the Brother Motif (2015, edited and introduced by Erel Shalit, translated by Mark Kyburz). Jacob and Esau, the author’s first written venture into the study of religious symbolism, lays the groundwork for his much more far-reaching endeavor, The Roots of Jewish Consciousness.

The Roots of Jewish Consciousness is Neumann’s one major writing on Jewish identity and spirituality. He conceived of it in 1933-34, when studying with Jung, and began intensive work at the end of 1938. He finished the first part in spring 1940. The second part appears to have been finished in spring 1945, just as the war ended in Europe. Themes for which he later became well known are already clear in this early writing. For example, his groundbreaking concept of the ego-self axis is clearly anticipated in Hasidism. Further announcements will be posted as the work of translation and editing progresses, but here is a taste of Neumann’s writing:

... for Hasidism the world consists of a great, diffusely distributed creative nothingness, whose points of concentration, in varying degrees of power, reshape and form this unformed energy and cause it to shine. These points of concentration are the world's individuals, created in the tzimtzum, having a smaller and greater circumference and varying energy charge. They can also diminish or increase the extent and intensity of their radiance, depending on the level they attain, that is, their ability to enter into contact with divine nothingness.

The following is an additional example from vol. 2 of Neumann's manuscript in progress, provided by the Editor, Ann Lammers:

According to one idea of history, human development pursues a necessary process of salvation, leading to the messianic age. This theory is a projection, corresponding to the factual case of an individual life that passes through time to a God-governed old age.  In contrast, the “actualization of messianism” demands that the time-component be eliminated, or at least relativized. Every moment is now one of messianic fulfillment, every place is one of fulfillment, and the union of the parts of the soul is possible at every age and stage of life.

Maturity, and the accompanying dominance of the higher parts of the soul, seems to make such a life’s work easier to achieve.  On the other hand, the young, passionate person might be able, more easily than the older one, to satisfy the other demand, i.e., to be new every day. So the sentence that is revolutionary for Judaism, “being old is not good,” also holds true for Hasidism. The Hasidic demand for consciousness does not expect that the task of unification should fulfill itself automatically, as a matter of natural process, but that it is achieved by the individual, consciously, at all times and everywhere.

The person who actually fulfills this demand is the tzaddik.